Welcome to program 138 of Shortwave Radiogram.

Here is the lineup for today's program, in MFSK modes as noted:

I hope to see you at the Winter SWL Fest, 27-28-29 February,
Plymouth Meeting, Pennsylvania (suburban Philadelphia).
Information at swlfest.com.

The company with sole rights to salvage artifacts from the RMS
Titanic has gone to court to gain permission to carry out a
"surgical removal and retrieval" of the Marconi radio equipment
on the ship, a Washington Post article reports. The Titanic sank
in 1912 on its maiden voyage after striking an iceberg in the
North Atlantic. As the radio room filled with water, radio
operator Jack Phillips transmitt £aCome at once. We have struck
a berg. It's a CQD, old man," and other frantic messages for
help, using the spark transmitter on board. CQD was ultimately
replaced with SOS — which Phillips also used — as the universal
distress call. The passenger liner RMS Carpathia responded and
rescued 705 of the passengers.

As might be expected, the deteriorating Marconi equipment is in
poor shape after more than a century under water. The undersea
retrieval would mark the first time an artifact was collected
from within the Titanic, which many believe should remain
undisturbed as the final resting place of some 1,500 victims of
the maritime disaster, including Phillips. The wreck sits on the
ocean floor some 2 1/2 miles beneath the surface, remaining
undiscovered until 1985.

A just-signed treaty between the UK and the US grants both
countries authority to allow or deny access to the wreck and to
remove items found outside the vessel. "This momentous agreement
with the United States to preserve the wreck means it will be
treated with the sensitivity and respect owed to the final
resting place of more than 1,500 lives," British Transport and
Maritime Minister Nusrat Ghani said in a statement.

The request to enter the rapidly disintegrating wreck was filed
in US District Court in Eastern Virginia by RMS Titanic, Inc. of
Atlanta, which said that it hopes to restore the Titanic radio
transmitter to operating conditieh-zf ic llowed to go
forward.

The company plans to use a manned submarine to reach the wreck
and then deploy a remotely controlled sub that would perforate
the hull and retrieve the radio equipment.


Image: RMS Titanic in better days (of which it had very few) ...

Image: Model of a Lithium atom ...

This is Shortwave Radiogram in MFSK64

Tourists walk in the freshly snow-covered forest in Willingen,
Germany. From bit.ly/2txx9ff ...

The Foreign and Commonwealth Office buildings are illuminated on
Brexit day in London, January 31. From bit.ly/2vTXAg6 ...

A Thai Royal Guard wears a mask while he stands inside the Royal
Palace in Bangkok. From reut.rs/2vcymZN ...

A meteor streaks over the Chesapeake Bay Bridge near Annapolis,
Maryland. From bit.ly/3bf3zMM ...

Our painting of the week is an iceberg off Newfoundland by
Frederic Edwin Church, from bit.ly/2OwM0xR ...

This is Shortwave Radiogram in MFSK32 ...


Transmission of Shortwave Radiogram is provided by:

I'm Kim Elliott. Please join us for the next Shortwave
Radiogram. 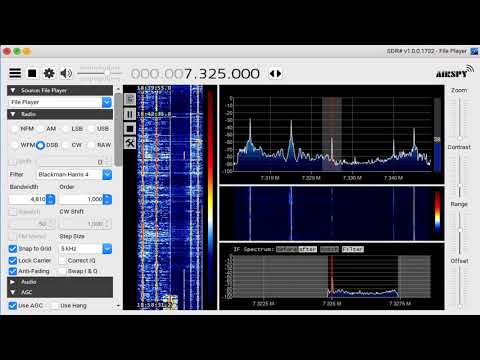